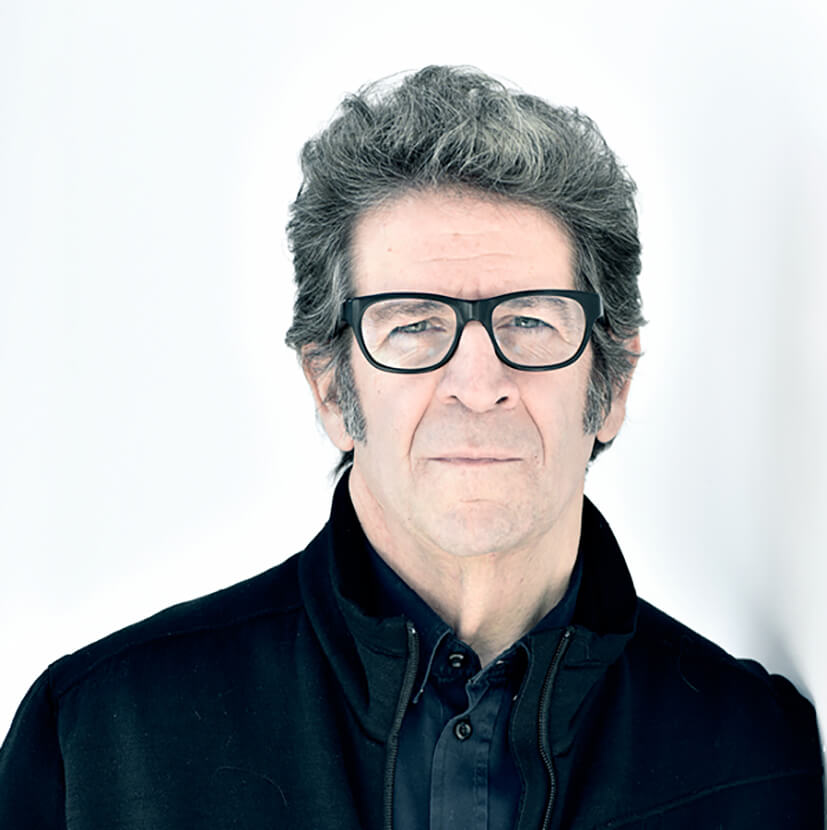 Robert Longo was born in Brooklyn, New York in 1953. In 1972, he studied in Florence on a scholarship from the Academy of Fine Arts; he then enrolled at the Buffalo State College on his return to the United States.

After completing his studies, in 1977, he moved to New York with his friend Cindy Sherman, and fully participated in the New York art scene. In the decade to follow, Longo became famous as the protagonist of the “Pictures Generation”: working with drawing, photography, and painting, he set in motion a provocative criticism of the anesthetizing and seductive effects of capitalism, the wars as seen by the media and the cult of history in the United States.

He garnered fame with the series of large-scale drawingsMen in the Cities (from 1981), exhibited for the first time at the Galleria Metro Pictures. The monumental scale charcoal drawings with a strong three-dimensional effect became Longo’s signature style, as the works that followed also show.

Solo exhibitions include those at the Los Angeles County Museum in 1989, the Museum of Contemporary Art in Chicago in 1990, the Isetan Museum of Art in Tokyo and the Albertina in Vienna. Group exhibitions include those at the Whitney Biennial in 1983, the documenta 7 and Kassel 8 in 1982 and 1987 and the Venice Biennial in 1997.

He lives and works in New York.