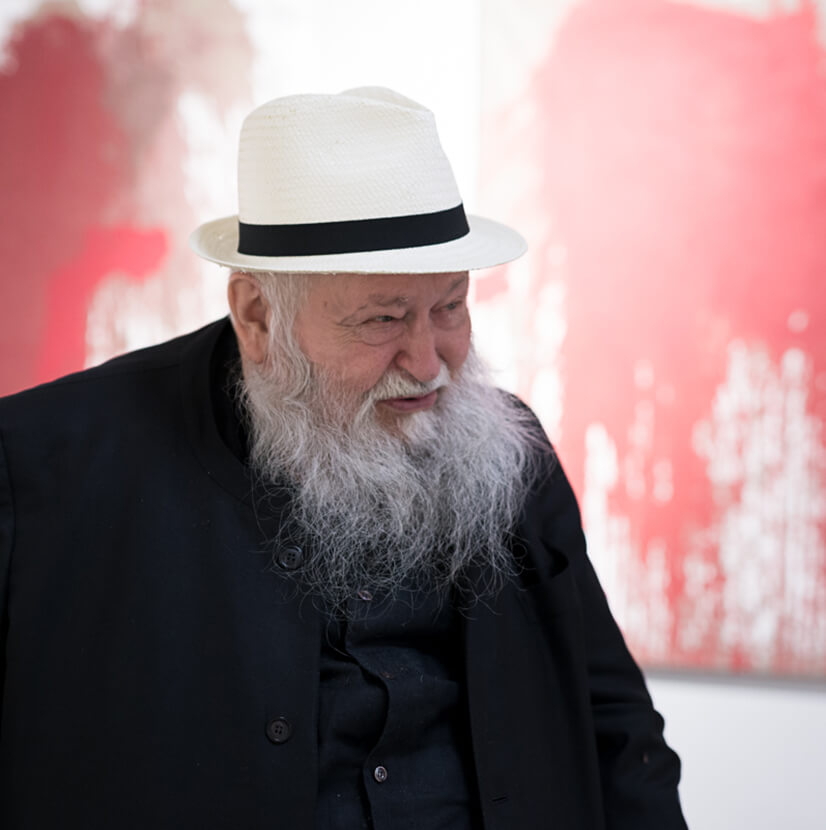 Hermann Nitsch was born in Vienna in 1938. After graduating as a commercial graphic designer, he immediately devoted himself to art, and to painting in particular. With Günter Brus, Otto Muehl and Rudolf Schwarzkogler he was one of the leading figures of Viennese Actionism, a movement that promoted the themes of gestural painting.

The group’s first “action” was Blood Organ in 1962, which was followed by more than a hundred other actions. The performances caused great upheaval in the community and the young artists had to face various trials and in all three cases, prison sentences.

The artist also participated in dOCUMENTA 5 in Kassel in 1972, in dOCUMENTA 7 in Kassel in 1982 and at the Sydney Biennale in 1988. In 2007 the Austrian city of Mistelbach inaugurated a museum dedicated to him, the Hermann Nitsch Museum, and the city of Naples did the same ten years ago.

In 2005, he was awarded the Austrian State Prize.