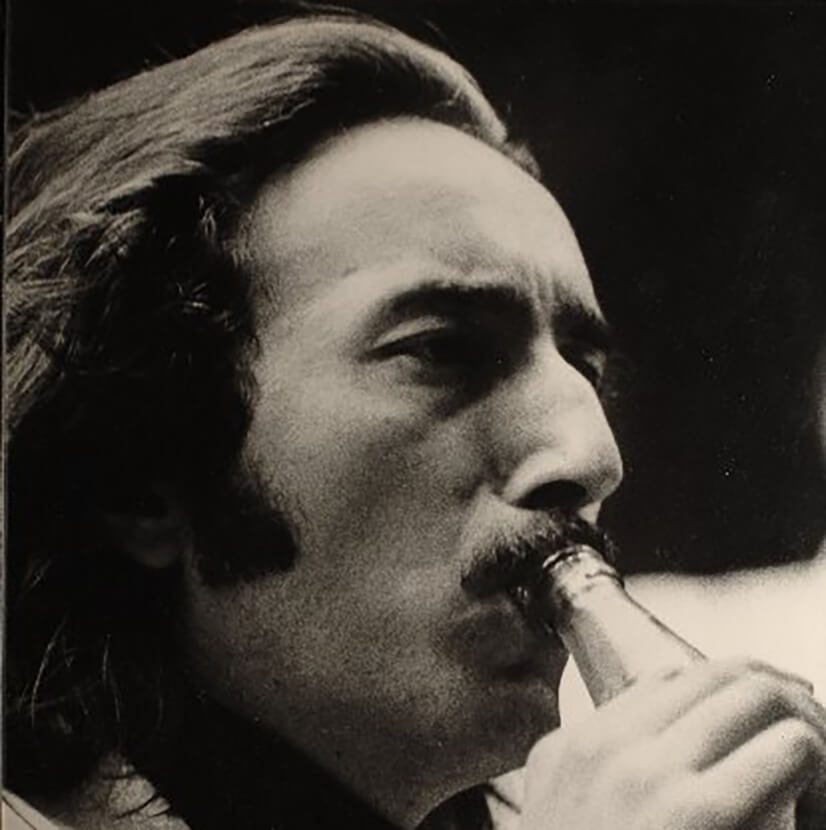 De Dominicis was born in Ancona on April 1, 1947. After settling in Rome he attended the Academy of Fine Arts.

His real artistic debut came at the end of 1969 when he exhibited “invisible objects” at the garage of L’Attico on Via Beccaria and had his obituary printed. It was during this period that his artistic partnership with Fabio Sargentini began.

In 1970, he published the Lettera sull’immortalità del corpo: death and physical immortality become pivotal themes in his poetics, along with the realization of the improbable and the confutation of the irreversibility of phenomena. He expressed himself well on the latter with the 1969 Tentativo di volo. At the 1972 Venice Biennale, his Seconda soluzione d’Immortalità (L’Universo è Immobile), caused an uproar which resulted in his being tried in court.

He participated in major exhibitions: such as Contemporanea at the Villa Borghese parking lot, Identité Italienne at the Centre Pompidou or Italian Art in the 20th century in London. He participated in various editions of the Venice Biennale and the Quadriennale in Rome.

In 1985, he won the International Award of the Paris Biennial. In 1990, he presented, among others, the colossal Calamita Cosmica at the Museum of Contemporary Art in Grenoble.

He refused photography as a form of documentation andavoided historicizing himself through the publication of catalogues and monographs, until his death in Rome on November 29, 1998.