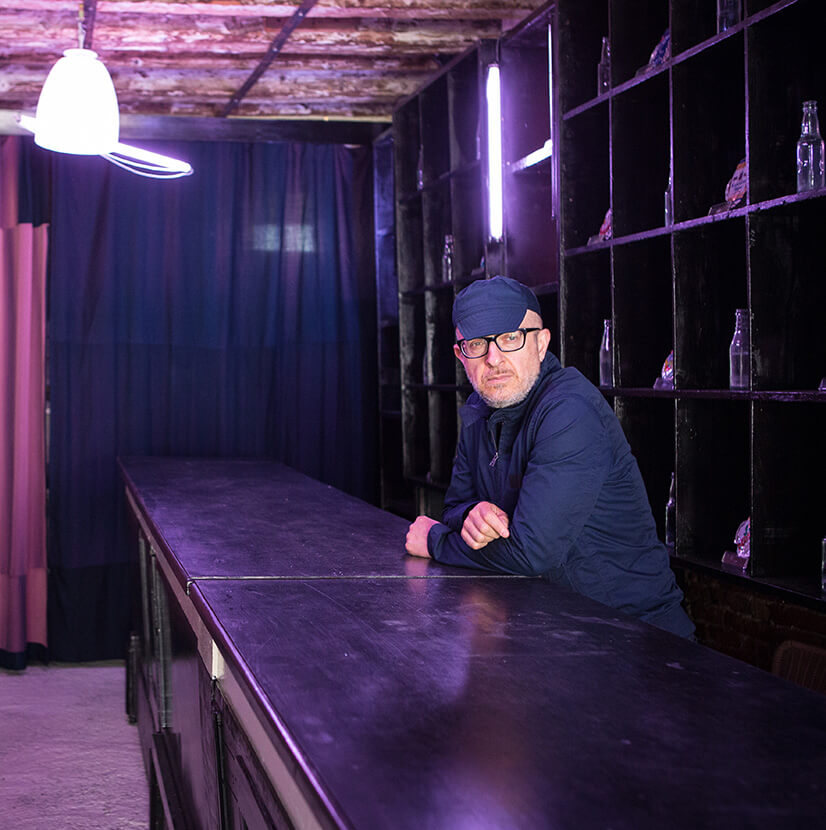 Flavio Favelli was born in Florence in 1967. After graduating in Oriental History in Bologna, he embarked on his artistic career. Favelli appropriates recovered materials, old furnishings that he assembles to create architecture and installations in an essential relationship with the space, the memory of places and objects.

The artist has works in such important institutions as the Sandretto Re Rebaudengo Foundation, Torino; the GAM, Torino; the MACRO, Roma; the MAMbo, Bologna; the Museo del ‘900, Milano, the Zabludowicz Collection in London, and the Elgiz Collection in Istanbul.

In 2003 and 2013, the artist took part in the Venice Art Biennale and in 2012, in the Havana Biennial. He also participated in the 8th Biennale of Sculpture in Carrara and the 15th Quadriennale in Rome. He has exhibited in numerous public and private spaces in Italy and abroad.

He designed and built two functioning bar installations for the MAMbo and the MARCA in Catanzaro. In 2005 and 2008 respectively, he made two permanent public spaces: the Vestibolo (Vestibule) in the Venice branch of ANAS in Palazzetto Foscari and the Sala d’Attesa (Waiting Room) in the Pantheon in Bologna within the Certosa Monumental Cemetery.