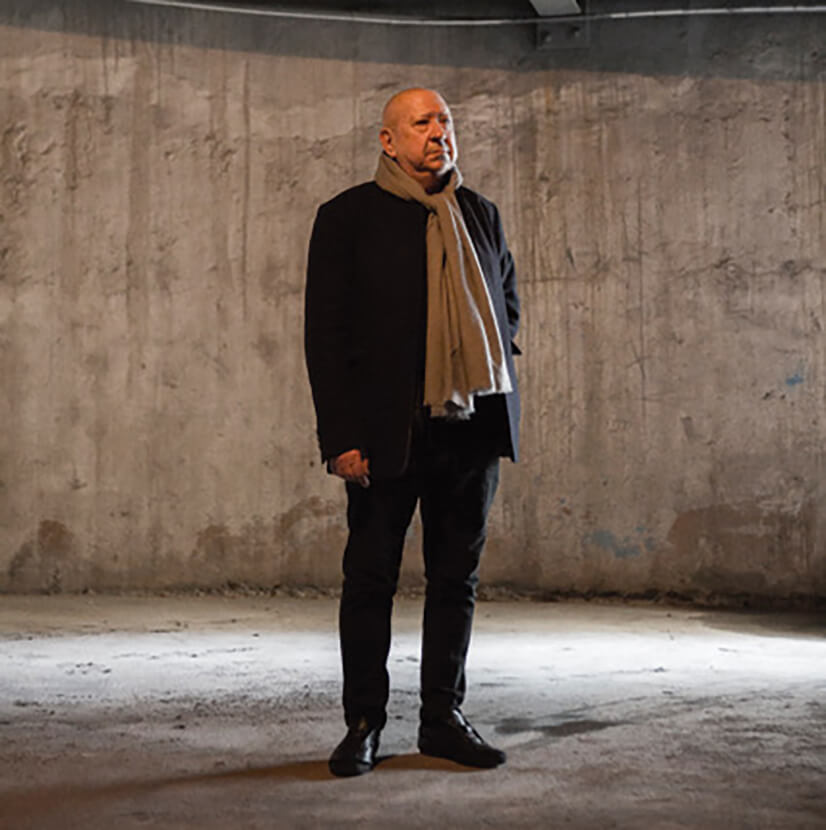 Christian Boltanski was born in Paris in 1944, the year in which the French capital was liberated from the Nazis. In 1968, he produced his first film and in 1972 he took part in dOCUMENTA in Kassel for the first time.

Today Boltanski is one of the foremost living artists: he represented France at the 2011 Venice Biennale.

In 2010, at Monumenta, he presented Personnes, the installation created for the Grand Palais in Paris. His works are included in the collections of the most important museums in the world, such as: the Los Angeles Museum of Contemporary Art, the Centre Georges Pompidou in Paris and the MoMA in New York. The artist has also collaborated on several occasions with the MAMbo in Bologna and the Museo della memoria (Memory Museum) for Ustica, where his installation, A proposito di Ustica, has been on exhibit since 2007.